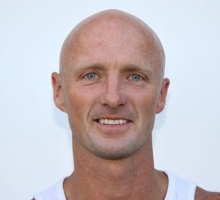 Club legend Justin Rainbird talks to WFC about his time at the club, including ‘that’ match against Northern Spirit, his new role in the AL1s, and the moment he gave away the losing penalty in the Grand Final against Brookvale.

You’ve played the most amount of games for the club – what’s it like knowing that you might be the most capped player in the MWFA’s history?
MWFA’s history would be nice but somebody else has that I think? To be the most capped player in Wakehurst is kinda special. My two boys Lucas and Nicky love telling people about it which I get a buzz from. In saying that I’m still playing the game as I love it so much, not to get my game tally up. I have been playing from the age of 7 and have missed only two seasons due to injury. Wakehurst is a great club and both my boys have played 4 and 5 years each here also. I’ll keep playing until my knees say no more.

You’ve spent several years in the clubs Premier League. What was your highlight as a player, and what was your greatest achievement?
From memory I played 17 years in the PL team. My highlight was when we won the 97 Champions of Champions PL final at Valentine Park out at Parklea. We beat Chatswood Rangers 2-0. A great day for the mighty tigers and the PL team. One to remember.

Who is the best player you’ve ever played with?
Paul Juergens would top my list. A great bloke and even a better player. He wore his heart on his sleeve every week. Now he has the current PL squad firing.

What was it like playing against Northern Spirit at Lionel Watts in front of 4000 people?
It was quite a buzz to play them. The skill and the first touch from Northern Spirit was remarkable as we were playing on Lionel Watts 4. Not the flattest field going round. “They made it look like Wembley”.

What is the most outrageous nickname you’ve been given?
Only ever been called Birdy.

After having a stint in AL3s, you’re now the rock at the back of the AL1s. What is the secret to staying in such great form at your age?
Thanks for reminding me I’m getting on. 40 in July. Not sure of any secrets but I think as long as you still love what you are doing, whether it’s at work or playing soccer, you can still perform as the years go on. Also I think having two boys who also love the soccer; I need to keep up with them in the backyard. It is getting a little harder each day mind you. They keep me young at heart and I know they love watching their Dad play which is also motivation to keep playing well.

You’re now the VC of the AL1s squad. Tell us about your role in mentoring the younger players and what it’s like playing in such a young squad?
Playing in a young squad? It’s a great challenge both mentally and especially physically to have to chase around the young guns every week. Most teams at a guess would be averaging 25-30 year olds. You really need to use your brain rather than your legs each game. Eddie (Fong), Craigo (‘The Man’ Mendel) and myself together have 123 years between us (age that is). That would be approx. 98 years playing experience. Hopefully some of that can rub off on the young guns coming through and build a really solid platform for the AL1’s/PL’s in the future.

During you’re time in PLs, you would’ve played in those fierce derbies against Brookvale. Does a certain match stand out for you?
Yes, unfortunately a certain GF at Cromer where we were fighting for our first win in a GF against Brooky (lost 3 I think before this one to Brooky). I gave away a penalty in extra time (accidental hand ball mind you) to lose the game. Yes I cried like a baby and proud of it. What does 2013 (and the future) hold for the Birdman at Wakehurst? The future? Haven’t really thought about it. Just enjoying playing at the moment. There is talk of an O35/1 team next year which sounds good. Maybe get back all the old PL boys from a few years ago. For now we will try and shake up the AL1 comp a bit. We have been competitive in every game which is great for Wakehurst. Really hope the young guys are enjoying it as much as I am!